The last week was destined by an event a lot of “net-citizens” called class reunion. What I mean is the conference re:publica which happened from 05.05.-07.05. for the 9th time in Berlin. For me #rp15 was the third and also the best one.

On Tuesday and Thursday I didn’t visit any stage talks, just on Wednesday I found time for two. The first one was 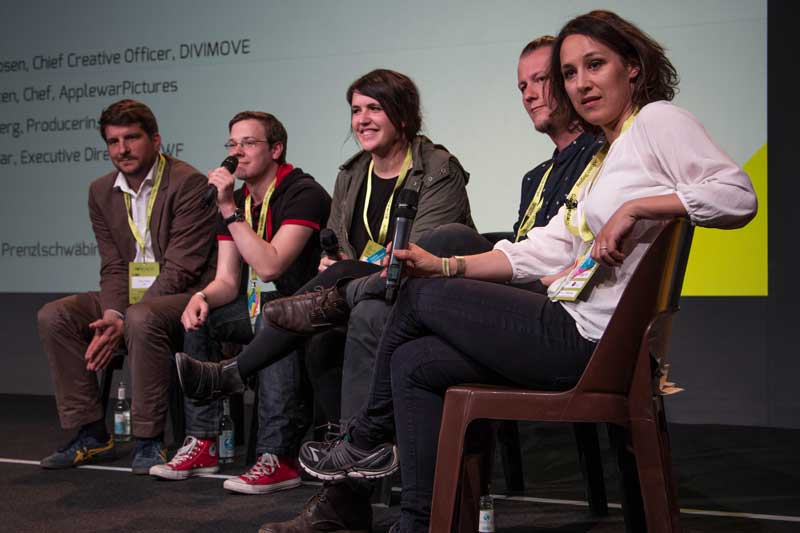 The time flew quickly. Answer of the question How to mobilize supporters? was: there are no concretely recipe for success. You always have to look who and where your audience is or which Social Media platforms you will use for communication. It is all about individual decisions and if something worked for one channel it not automaticly works for other channels, too. I embedded the video below so you could watch this talk (it is in German) by yourself.

The second talk I visted was about a topic which has been discussed in the last few weeks in the (German) Social Web (and a little bit beyond).

(How privat is too privat? – The daily decision of a family blogger)

It was mainly about publishing pictures of your kids in the web. I wrote an article about this topic (German) few weeks ago and there are also some other articles linked with similar or different opinions. If you are interested you will find more information there. Here is the talk on #rp15:

Just 2 sessions, but the best re:publica ever?

I wrote, for me #rp15 was the best re:publica I attended. The funny part is: on this re:publica I visited the fewest sessions ever. I spent a lot of time to do conversation with people I mostly meet in the digital space. So I used the chance to speak with them face to face, with some of them for the first time.

On Monday the 4th it was a first get-together with a lot of initial hellos and attunement for the next days. On Tuesday, the (official) first day of re:publica 2015, I saw no stage talks but had good talks with other attendees of the conference. Especially, the later evening offered fantastic topics – thanks LinaMadita and AnnLe__ for this. <3

Wednesday I visited the two stage talks a wrote about above. The afternoon I used again for conversations. In the evening I went to a “side event” called Blog´n´Burger or #1und1burger (because the company 1&1 was the sponsor) which was combined with #tassebier of Blogrebellen. There were a lot of people, but what could you expect if you offer free burger and beer to the audience?

After a burger and a coke I decided to go back to the #rp15-area. So I had quite interesting conversations (some of them shortly, some others longer) again,  inter alia with Nele, Claudia, Holger, Katrin, Jens, Anna-Lena and Cornelis.

The last day, Thursday, was a bit different, because I had an appointment in the city in the morning. Therefore I startet my re:publica-day at 1 pm, but only for 2 hours. As a result of the train driver strike I have been planed to leave the re:publica at 3 o´clock. But: regular planed train failed, the alternate train I picked on Wednesday was not longer in the schedule. To minimize the risk that I will stay on the platform and the train isn’t coming I decided to go back by car. Thanks Nadine

to picked up René and me and gave us the chance for some hours more on #rp15.

I wrote it at the beginning and I repeat it again: it was the best re:publica of all I visited. Great people, interesting conversations, good working WiFi (and also good working mobile data) and beautiful weather. And this year there were also good options for parents who wanted to come with their children: the kids had the possibility to play in the RE:PLAY area 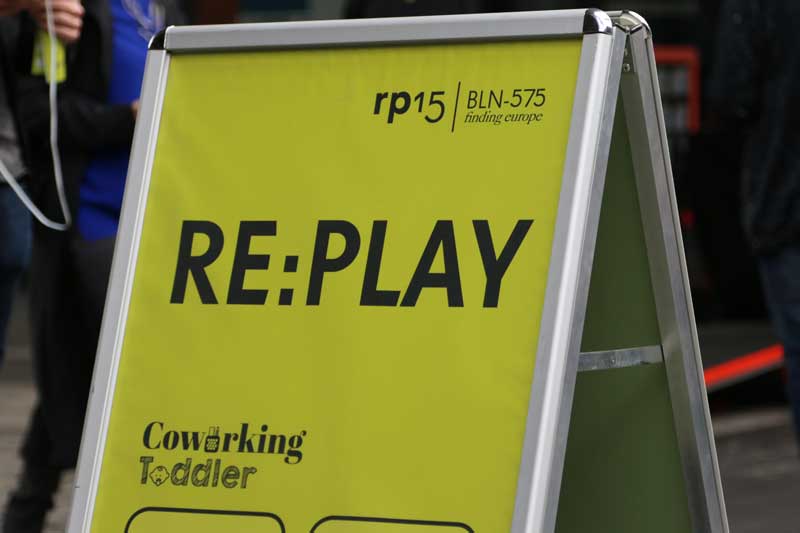 and also in the secret area in the backyard:

All stage talks are recorded as Podcast you will find on Voicerepublic and lot of stage talks you will find on YouTube as well. This is an absolute great service for all the people who are not able to visit the re:publica, who missed some sessions or want to watch or hear it again.

A big Thanks to the whole re:publica team, all the Helping Hands, all the speakers and to all attendees to make this event possible.

Also a huge Cheers! to all the people I had the chance to meet, to talk to, who spent time with me, made me laugh, gave me inspiration. You did the bonus on #rp15 to me and made it a very fantastic and special one for me.

Only one thing worries me: the conditions of the hotels. In 2012 and 2014 I payed for a single room without breakfast approximately 80 EUR/night (tax included) and had the chance to cancel the reservation. For #rp15 I wanted to book in August or September last year for March this year and the prices increased to >100 EUR/night and mostly without a chance to cancel or rather, if you cancel, your complete money is lost.

Yesterday I looked for a reservation for #rp16, I want to book in advance for a year and the same hotel I payed 80 EUR in 2014, now called 195 EUR (!) per night for a single room without a chance to cancel and keep the money. I will gladly spend money for such an event, but not under such conditions. And there is also a fact: not everybody is able to spend so much money (ticket, hotel, costs of transport etc). This conference shouldn’t be just for people with a bigger wallet.

To increase the price I could partly understand but with one year ahead to give no chance to keep your money if you have to cancel the reservation is not fair in my sight. It is not every hotel and I know there are some others they will be cheaper. In last autum as I looked for #rp15 hotel reservation and I didn’t find not really many hotels with good conditions and free cancel option. I hope this situation will getting better.