The protests and the attention of media (#FreddieGray) 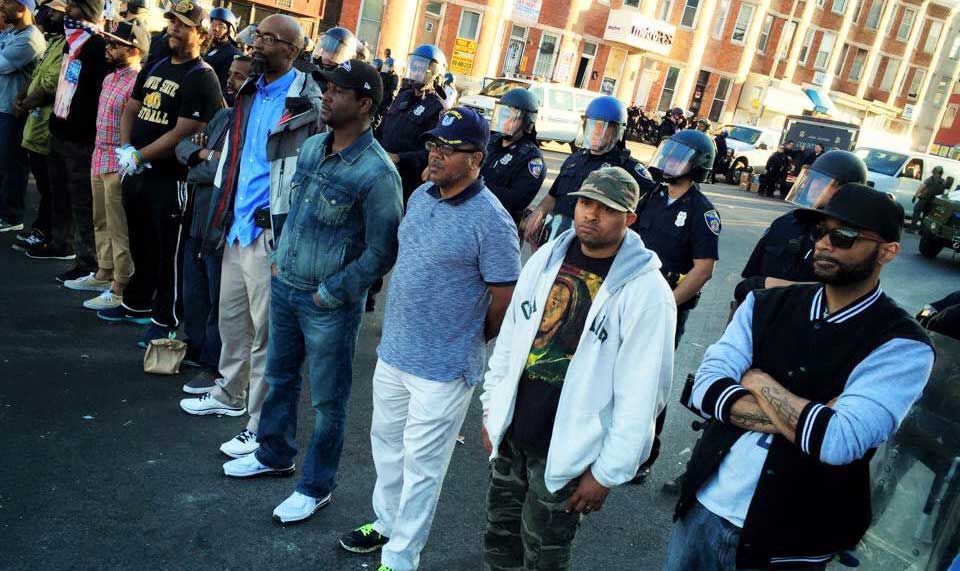 All these three people are black, all these three people died by Police activity. A part of Society is upset about such situations and they put their anger on the streets. Some of them in a peaceful way of demonstrating and some others do it as riots. Both are ways to express the emotions about the situations. I understand (I think I do) why people try it peacefully and also why they do it with violence.

On Monday the Baltimore citizen Kaine “hotdamnirock” Carter posted a video on YouTube about his thoughts when he saw the pictures of the riot in his city:

He explained that such pictures are only what the media shows to the public. That these are the only things newspapers, radio and tv stations talk about and so the general public get a wrong picture. And such things, such violence are not helpful in this case.

I agree and I think violence shouldn’t be the right answer. How do you get appreciation for your objectives or your situation if you are violent? Who will it helps if you are destroying the glass of windows, to robbering stores or smashing the cars in the streets? I absolutly agree with what Kaine said.

Yesterday “Flodoard Quoke” wrote an article (mostly in German) on the blog Blogrebellen about the situation in Baltimore and especially about the video statement from Kain Carter. “Flodoard Quoke” tried to explain why the riots are good. He wrote that it is the only way to get attention on the press. And I think he is right. That is for sure one of the best ways to get attention. But I am not sure if it is a way to reach a shift of conjuncture.

Let me repeat: I truly can understand why the people riotted. I do. But I think it is the wrong way. The press are reacting more to such situations, than a peaceful protest, is a fact. But this is a crying shame for the press and media businesses and in my opinion, no reason to be violent. Yes, there are many things in the Police system and within Society that have to change. But to be violent is no way to change something to a better side.

Police brutality will not be tolorated

This isn’t a message, this is chaos

Further he explained that the problem is that the Police are organized, the Military are organized, but the protesters are not. He ended on the second video with the words:

Until we have a leader with a vision and a strategy that executed, who is willing to sacrificed his life, we will never be organized, we will never win. No leader, no plan, no fucking progress. Period.

I think he is right. I also think that doesn’t mean it has to be an organized way of violence or riots. A peaceful protest is also going to get a notice in the general public. If the press will not report about a peaceful protest, there are some other posibilities. We are living in a situation, where it is easy to give your own opinion a voice to the world. There are Twitter, Facebook, YouTube and many more Social Networks to transport the thoughts and opinions. There are blogs where also the arguments get a platform to be heard. Maybe this need more time, maybe this will be harder for the protesters, yes I estimate it will. But I trust in it that it will be the better way to change something.

We are live on the streets of Baltimore. Tune in now and follow our reports: http://t.co/XbOoe15XAt #FreddieGray pic.twitter.com/wFqFA4KKtI